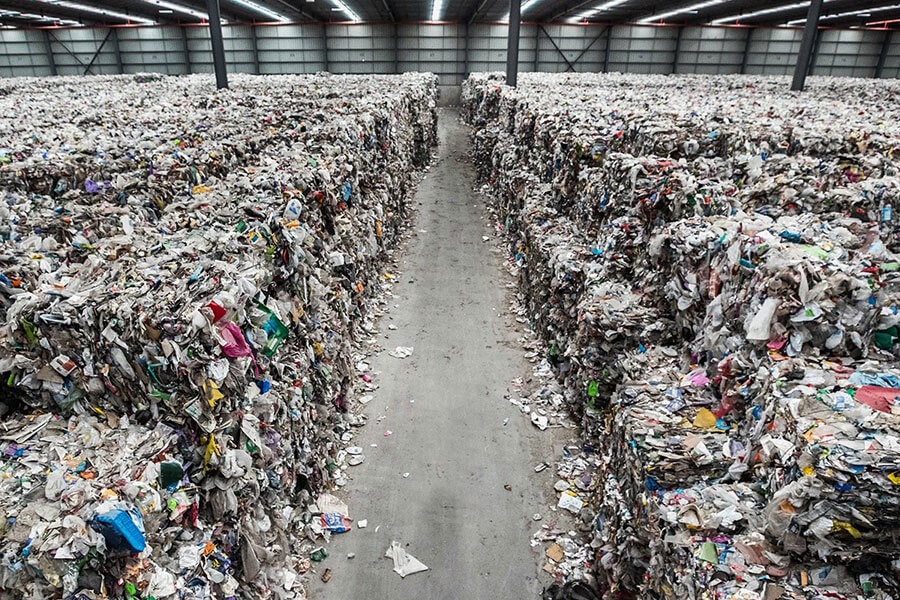 The old incinerators used to burn waste without any kind of air pollution control systems. The EPA has estimated that waste to energy emits half a metric ton of CO2 equivalent gasses per megawatt-hour. By comparison, landfills and coal plants emit nearly six times that amount of CO2. Among the waste to energy emissions, mercury and dioxin are the most harmful, as the GAIA points out.

Gasification of waste to energy plants have been in existence for nearly two centuries. These processes produce hydrogen and methanol, both valuable commodities. However, these methods cannot be applied to waste materials that do not contain the appropriate chemical composition. To convert these materials into useful products, the waste must be broken down into smaller parts. To make it easier for gasification, a plant should contain as little organic matter as possible. In addition, the waste should be dry, preferably not contaminated by soil or water.

This technology can help cities and countries reduce their trash volumes and generate the products needed for economic growth. According to the World Bank, about four billion tons of waste are produced worldwide every year. Solid waste alone in cities alone accounts for 1.5 billion tons annually. Over the next 25 years, this amount is expected to double in low-income countries. Currently, three-fourths of waste is dumped in landfills, with only one-fourth being recycled.

Waste to energy incinerators burn a range of waste materials and require minimal processing. They produce carbon dioxide and heat as byproducts. In the early days, waste to energy incinerators did not generate any renewable energy. Fortunately, the waste heat is still capable of turning water into steam, which can then power a steam turbine generator. This process reduces greenhouse gas emissions and is a valuable resource for society.

However, the energy produced by incineration is often limited. This process requires significant amounts of waste to operate and disincentivizes waste reduction. Furthermore, waste to energy systems compete directly with recycling facilities for funding. In contrast, real solutions to waste management include reducing the production of waste and manufacturing less plastic, using proven recycling methods, and not incineration. A circular economy can be achieved without incineration.

In developing countries, the potential for converting biomass wastes into fuel and energy resources is vast. The technology used to process biomass wastes ranges from simple systems for dry waste to large-scale industrial facilities. Biomass wastes are typically converted into energy through the combustion of biomass in combination with other fuels or by gasification. The energy produced is then converted into heat or electrical power or used as a combined heat-and-power (CHP) source. The process is scalable, flexible, and can be tailored to urban or rural environments. Its application is increasingly becoming the greenest option for renewable energy.

The process of biogasification can turn biomass into liquid fuels that can be used in vehicles. In Sweden, Austria, and the United States, the process is known as gasification. Bioethanol is made from fermenting carbohydrates, while biodiesel is created by combining fat. Biofuels are renewable sources of energy that do not produce harmful emissions as fossil fuels do. Its production is a great way to reduce the environmental impact of our waste and help the planet at the same time.

Incineration plants for waste to energy have been around for over 100 years. Originally built in Europe, these plants were meant to meet a variety of goals involving the treatment of industrial waste. Among these goals were the reduction of solids volume and putrefaction, and elimination of odor. In recent years, however, incineration plants have become more sophisticated and efficient. Modern incineration plants typically operate with an ash removal system and have significantly improved the environmental and sanitary conditions for these facilities.

In addition to reducing the volume of solid waste, many modern incinerators have been designed to produce both electricity and heat. These facilities can sell their steam to industrial and district heating systems. Additionally, the bottom ash residue is non-hazardous, and can be safely landfilled or reused. In fact, waste to energy plants are becoming more popular in the United States as landfill space is becoming more limited.

The life cycle assessment is a tool that identifies the environmental impacts and benefits of various waste management techniques, including waste to energy (WtE). This study found that energy from waste can displace natural gas-produced electricity in the grid, as well as generate process heat for primary materials production and recycling processes. The results also indicate that waste-derived energy can displace wind-generated electricity and biomass-produced heat, which are both marginal sources of energy.

The waste produced and electricity consumed by different countries can be compared, since both waste and energy are produced by the same process. In fact, the ratio between waste and electricity consumption is a useful indicator in planning electrical grids and waste management alternatives. This information is available from different studies and can be applied to improve municipal engineering practices and avoid adverse scenarios. Incineration is the primary waste to energy process. It involves the combustion of solid residues in the presence of oxygen. The process produces heat and steam, which can be used to generate electricity.

The results of the study showed that S1 and S2 had the highest GWP, while S3 and S4 had the lowest. S1 and S2 had the highest GWP, whereas S3 and S4 produced the least GWP, because of the higher ratio of recycling to landfill and gas and electricity recovery. However, this doesn’t mean that all waste-to-energy technologies are unsustainable. They can be economically viable and environmentally beneficial, but the environmental benefits may be offset by the cost of using them. In fact, S2 is more sustainable than S1 and S4 are more cost-effective.

National governments are often responsible for the creation and implementation of national policies, legislation and strategies for waste management. Waste-to-energy plants are one method of converting non-recyclable waste materials into energy. Waste to energy plants generate enormous amounts of heat that can be used for district cooling and in process industries. For example, a typical 250-300 ton per day garbage-to-energy plant can generate three to four megawatts of electricity.

The new regulations will require a thorough environmental review of any proposed waste-to-energy facility. The announcement was made by Terry Lake, the Metro Vancouver mayor, in order to clear up any “misinformation” about the proposed WTE facility in the region. While a WTE facility in Metro Vancouver has been approved by the Ministry of the Environment, there are no concrete plans for one. It may be too soon to decide, but the city is committed to pursuing the idea.

The process can also disincentive recycling and other environmentally sustainable waste management techniques. People who believe in waste-to-energy are less likely to invest in other solutions. Another drawback is that it destroys useful materials and reduces economic incentives to adopt sustainable waste management practices. Furthermore, many power plants use fossil-fueled electricity that would otherwise be disposed of. The costs of waste-to-energy are high, but the benefits of this method are worth the investment.

The cost of waste-to-energy projects depend on the size of the facility. For example, in developing countries, MSW contains over 50% organic material. Thermal waste treatment methods in developing countries may not be suitable for energy recovery. Further, the high moisture content of MSW lowers the recoverable material, increasing the operational costs. Nonetheless, waste-to-energy facilities are becoming increasingly common. In many countries, the cost of waste-to-energy is competitive with energy from biomass, and the environmental costs of their use are also lower.

Waste to energy (WTE) projects can significantly reduce the amount of garbage dumped in landfills. They do so by reducing waste volumes, which can range from 90% to zero. By using waste to generate electricity, these facilities preserve a valuable natural resource. Additionally, they reduce the need for long-distance trucking, which reduces air pollution and truck traffic. In contrast, large regional landfills are typically located far from communities, which can negatively impact the local economy.

Although the EPA’s Clean Power Plan is seen as a move to limit coal-fired power and boost conventional renewables, it also makes specific reference to the environmental impact of WTE. In fact, it’s the first time that an EPA report has cited WTE as an example of how the technology can help mitigate climate change. Moreover, the EPA’s Clean Power Plan acknowledges the health risks associated with waste-to-energy, as WTE can produce net negative GHG emissions.