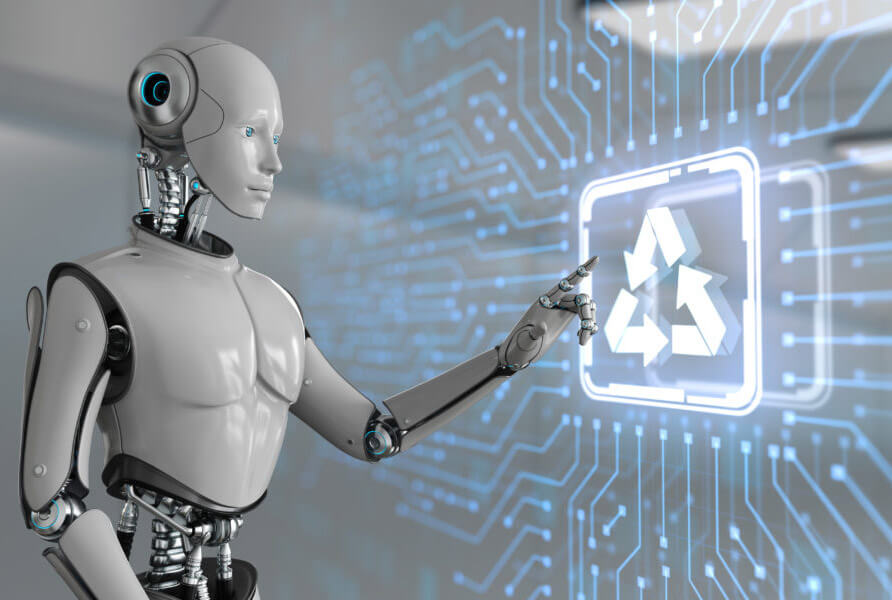 Using artificial intelligence and computer vision, robotic systems have made the task of sorting recyclables much faster than human waste pickers. In fact, robotic systems can pick as many as 2,000 to 4,200 items per hour, a ten to twenty-fold increase in productivity. This reduced sortation cost translates to a lower price per ton of recyclable material. In addition, robotic systems are more reliable than human workers, so they are a good alternative for large recycling operations.

The use of artificially intelligent robots to sort recyclable materials could streamline the process, making reuse and recovery of parts more affordable. The US Department of Energy awarded $445,000 to research the potential of AI-based recycling systems. The research team is developing software to sort different kinds of smartphones, remove batteries, and harvest high-value parts. The project has the potential to reduce recycling costs by 70 percent. It would also save the environment from millions of tons of carbon emissions.

Researchers at the Waste Expo conference in Las Vegas recently unveiled the SamurAI robotic innovation. It uses artificial intelligence to recognize different objects on a conveyor belt and then instructs a robotic arm to recycle those items. SamurAI can perform 70 picks per minute, far surpassing human workers. It could also reduce operating costs and improve overall productivity. Aside from reducing labor costs, artificially intelligent robots could help recyclers reduce the costs of processing waste.

A new research project by the University of Sydney is developing robotic systems to sort soft plastics. These systems consist of robots, 3D cameras and IoT communications. They can separate soft plastics from other waste in the first instance. Eventually, the team hopes to create robots that can process and separate plastic waste of any size and material. This project could reduce the cost of hiring staff to handle recycling.

AMP Robotics, a company focused on robotic systems, is developing robots that can sort waste into recyclables. Its founder Matanya Horowitz received grants in 2014 to develop vision systems that improve separation accuracy. She uses millions of images to train the robots, including logos, dyed plastics, box shapes, and more. The company recently spoke at Circularity 19 in New York City.

The robotic system can fit on an existing sort line with minimal retrofitting and downtime. Its advanced computer vision can distinguish various kinds of materials and decide whether to scoop up a particular type or let it go. In addition to PET and HDPE bottles, the robot can also handle PP and PS plastics. The robot is also capable of handling paper and cardboard of varying shapes. Streamline the sorting process for robot recyclers with the help of computer vision and artificial intelligence.

The job of sorting recyclables is inherently error-prone, especially when the materials are mixed with a variety of other items. Recycling facilities are under constant pressure to meet high demand and meet strict purity requirements. This means that the resulting mixtures of mixed recyclables are tossed in landfills. That’s where robotics can help. AMP Robotics is building robots that use computer vision and machine learning to send recyclable items to the right bin. The robots are capable of performing the task at a much faster rate than a human sorter.

A Yale-led research team is looking to improve worker safety for robot recyclers. The researchers plan to study the different types of waste and examine how to integrate new technologies to eliminate worker hazards before they are present. The team will also use economic analysis to identify the best configurations for MRFs to decrease bottlenecks. In addition, they will study which kinds of recycling streams are most valuable to the industry. Ultimately, they will help make recycling more efficient and safer for workers.

One of the biggest safety concerns for recycling facilities is the danger of COVID-19, which is transmitted to workers by infected trash. Waste Management was looking for ways to eliminate these risks by adding robotics to its facility. It was in the planning stages of redesigning its sorting line when it learned about the COVID-19 pandemic. However, because of the hazards associated with human workers, robotics made the ideal choice to keep the recycling line up and running.