History of the Garbage Can 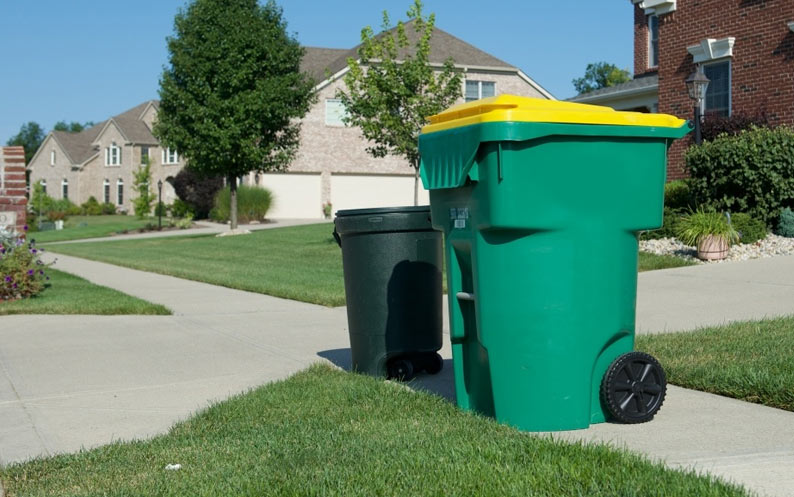 You lift the lid of your garbage can and throw you unwanted trash in it every day, but have you ever wondered about how it came about? With access to rubbish bins in our homes, schools, workplaces, restaurants, streets, and more, they are very important objects in our lives that we don’t ever pay a second thought too..

For hundreds of years, people did without them. People used to throw their trash into the streets, bury it in holes, or even throw it into nearby rivers or streams.

The trash in ancient times was different from todays. Hundreds of years ago, Waste material consisted of Ashes from fires pieces of wood bones and mostly vegetable matter.

The edible portions of it were used to feed animals, and what remained was buried in the ground to decompose.

another way that they used to dispose of their waste was in large dump sites people of the community would dump their waste at a central point.

For example on the Mediterranean island of Crete did people used to dig large that’s in the ground and through their waste in them.

this garbage solution was used for many hundreds of yearst including the burning of any trash which they could set alight.

another popular way of getting rid of the trash in those days was to Simply so it at your front door or out of your windows into the street.

In 200 AD  the Romans devised the first garbage collection service in history. they used teams of two men walking through the streets of the City collecting the waste and trash placing it in a Wagon and then taking it to a remote site outside the city.

This consisted of teams of two men walking along streets to pick up and toss garbage into a wagon that transported it to a remote site.

As you can imagine the disgarding raw garbage into the streets as was the habit in those days caused very unhealthy living conditions including rats and other pests which ended up contaminating their water supplies and caused the spread of diseases like the infamous black plague.

In 1354 King Edward III ordered  what they called in those days rakers to rake up all the rubbish and trash from the streets and alleyways and remove it once a week to a suitable area away from the towns.   these real actual fact the beginning of today’s garbage collection services.

In 1388.  the British Parliament banned dumping waste in Rivers and ditches.

In 1407.  the British government created a law stating that all trash must be stored indoors until it was time for the Rec is to remove it.

With Going populations in  in towns and cities and us greater amounts of trash were being created,  new and innovative ideas where needed to protect the public health and to manage the waste.

In America,  Benjamin Franklin started the first street cleaning service and encouraged the public to dig pits to dispose of their waste.

In 1842.  a British linked disease to filthy environmental conditions and ushered in what is called the Age of Sanitation. However, this movement took time to get to America.

In 1864  Health officials in Memphis, Tennessee, realised that spread of yellow fever was due to the garbage being dumped too hot the city.

so to reduce the risk of the disease spreading the public who instructed to take the trash to specific locations outside of the town.

At the same time the instituted laws to stop trash being dumped in the streets.

In 1866 in New York City the  Board of Health declared war on garbage,  prohibiting the “ disposal of dead animals, garbage or ashes into the streets.”

The first time that energy was actually created from waste was in 1874 in Great Britain when they developed what they called the destructor this was built in Nottingham.

Over the next 30 years, 250 destructors were built, but they eventually fell out of favor because emissions in the forms of ashes, dust, and charred paper filled the air in neighborhoods.

In 1908, in America, dumping waste in convenient location was still permitted. People would dump in the ocean, wetlands, or any available wasteland.

Most small towns and cities were using piggeries, which were small farms full of pigs that consumed food waste. It took 75 pigs to eat about one ton (2,000 pounds) of food waste each day. Whatever wasn’t food waste was usually burnt or buried.

And, still, no trash cans 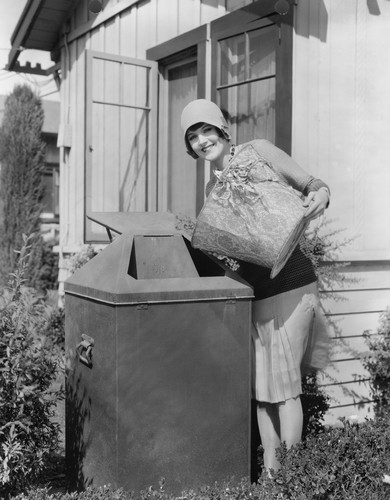 Around 1875, garbage collection services became an official system in England. This is when the first garbage wind was developed and it was used to mostly store The Ashes from  burnt waste material.

It was emptied on a weekly basis and residents were charged even if the bin was empty. The bins were made of metal, wood, or  make shift buckets people had lying around.

In 1885 the first American garbage incinerator was built on Governor’s Island, New York. Over the next 20 years, close to 200 garbage incinerators were constructed across the U.S. Soon after, Americans also adopted the idea of a garbage bin.

In 1914 Trash incinerators became more popular and about 300 were in operation throughout the U.S. and Canada. Horse-drawn carts were still used to collect trash and take it to incinerators.

Eventually the horse drawn carts were replaced by motor vehicles, simplifying the work of garbage collectors.

In the 1920’s “Reclaiming” or filling in wetlands near cities with garbage, ash, and dirt, became a popular disposal method.

And around this time is when the first plastic trash cans resembling house today were put into operation.