Wind turbines work on a basic theory. Two or three propeller-like blades spin around a turbine as a result of the wind’s force. The rotor is attached to the main shaft, which produces electricity by rotating a generator.

Determines the turbine’s configuration. Upwind turbines, such as this one, face the wind, while downwind turbines face away from it.

When wind blows over them, they lift and rotate, allowing the rotor to spin. The majority of turbines have two or three blades. 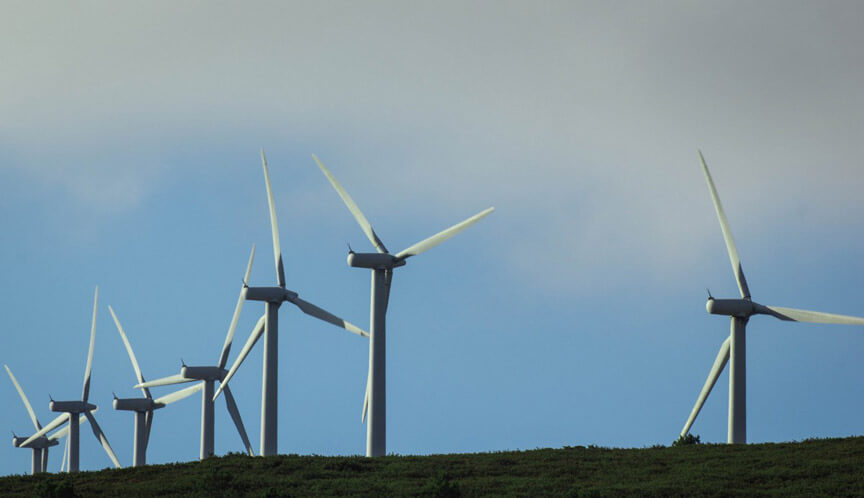 The rotor is made up of the blades and the hub. 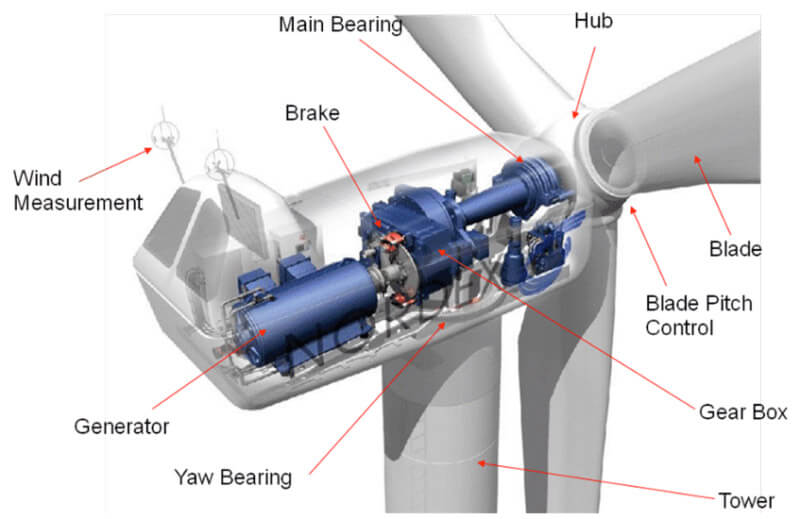 The engine is powered by a high speed shaft. 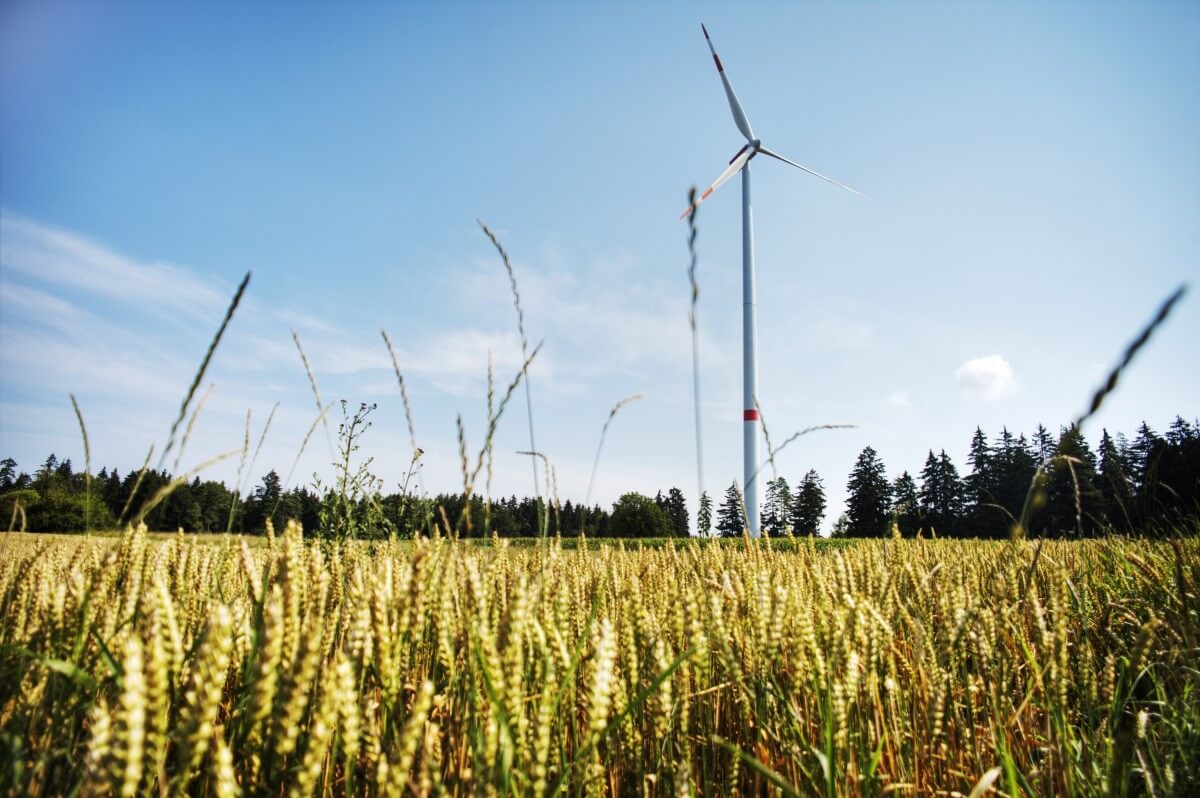 This piece of equipment tests wind speed and transfers the information to the controller.

Blades are rotated (or pitched) away from the wind to regulate rotor speed to prevent the rotor from rotating in winds that are too strong or too low to create electricity.

In an emergency, the rotor is stopped manually, electrically, or hydraulically.

The wind vane measures wind speed and works with the yaw drive in order to better position the turbine in relation to the wind. 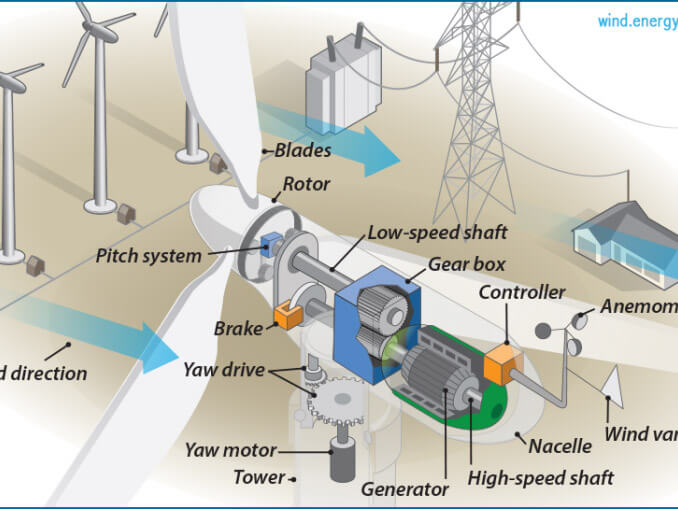 When the wind direction shifts, it orients upwind turbines to keep them facing the wind. Downwind turbines don’t need a yaw drive because the rotor is manually blown away from it by the wind.

The yaw drive is driven by the yaw motor.

Tubular steel (as shown), concrete, or steel lattice are used to build this structure. The arrangement of the turbine is supported by this component. Taller towers enable turbines to absorb more energy and produce more electricity because wind speed increases with height.

The gear box, low- and high-speed shafts, engine, controller, and brake are all situated atop the platform. Some of the nacelles are big enough to land a helicopter on.