Taking a look at waste in Germany 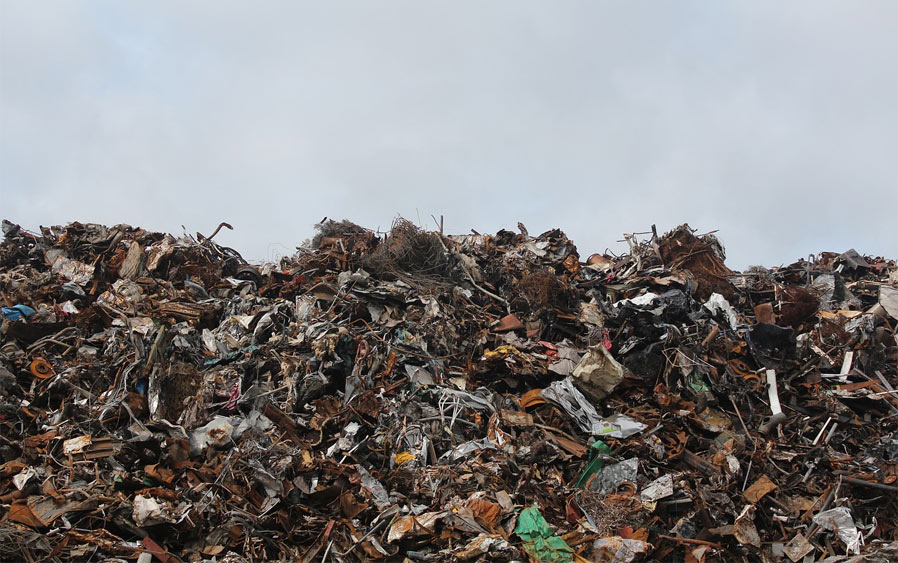 1.2 kilograms: This is how much household waste people in Germany produce per capita and per day. It weighs around 450 kilograms a year. Part of the waste is recycled and recycled. But avoiding waste is even better. This protects the environment and resources right from the start. What can you do to reduce the amount of waste? This is where consumers as well as industry and trade are in demand.

The production of all the products and consumer goods that we use and use in everyday life is complex. This requires raw materials and energy. But almost everything we surround ourselves with will eventually become waste that has to be disposed of at great expense. This is  what the European Waste Prevention Week , which takes place from November 21st to 29th, should draw attention to this.

On average, every single person in Germany produces around 453 kilograms of household waste per year – or colloquially: rubbish. According to calculations by the Federal Statistical Office, a total of 36.6 million tonnes of waste came together in 2013. To imagine the amount of waste, here is a comparison: A heavy goods vehicle in Germany can transport up to 40 tons and measures a maximum of 18.75 meters. If you were to distribute the German “garbage mountain” to road trains, you would need 915,000 trucks. If they were strung together they would range from Germany to New Zealand.

Waste prevention has become an increasingly important issue in recent years and decades. The background to this is the awareness that the earth’s resources are limited. The guiding principle of sustainable development has therefore become established in politics, and it is also gaining importance in business. Sustainable development should ensure that future generations have the opportunity to meet their needs.

On the one hand, when products become waste, they already carry an ecological “backpack”, because resources that were taken from nature were used to manufacture them. On the other hand, the disposal of waste also pollutes the environment. They have to be treated and part of them are stored permanently.

What happens to the garbage? The “waste hierarchy”

Conserving resources and avoiding negative environmental impacts is the goal of waste management in Germany today. It is laid down in the so-called circular economy law. The law goes back to the so-called EU Waste Framework Directive of 2008, which applies to all member states. Accordingly, there are priorities for dealing with waste, the so-called waste hierarchy. The first priority is to avoid waste from the outset. The environment and resources are also to be protected with the help of recycling. While waste previously ended up in large parts at landfill sites, storage is now the last option. Landfill is even banned for biodegradable municipal waste.

The five levels of the waste hierarchy at a glance:

The law provides rules for handling waste at all levels in this hierarchy.

The so-called product responsibility has been anchored in the circular economy law as a fundamental principle. This means that manufacturers are fundamentally responsible for their products over their entire lifespan. They should design products in such a way that as little waste as possible is generated, that individual parts or the entire product can be reused and that the raw materials can be recycled or disposed of in an environmentally friendly manner.

There are a number of specific regulations that go back to product responsibility. Companies are obliged to collect or take back different types of products. This includes packaging, batteries, end-of-life vehicles as well as electrical and electronic equipment.

Some types of waste and materials have fixed requirements for recycling. For example, at least 65 percent of paper, metal, plastic and glass from so-called municipal waste is to be recycled by 2020 at the latest.

In order to create the conditions, there are obligations to separate waste. For example, organic waste has been collected separately since 2015.

How the legal regulations on waste are implemented in concrete terms is up to the person responsible. For example, the companies set up various collection and disposal systems on their own responsibility. These are referred to as “dual systems”. The best known is the take-back system “The Green Dot” for sales packaging. It is offered by the company “Der Grüne Punkt – Duales System Deutschland GmbH” (DSD). Manufacturers can label their packaging with the “Green Dot” for a fee to the DSD. In return, the DSD organizes the nationwide take-back of the packaging by providing the well-known “yellow sacks” or “yellow bins”.

Keyword ton: The municipalities in Germany are responsible for waste disposal. Of course, they too must observe the legal requirements, but can act independently within this framework. Therefore, it can differ from place to place, for example, which waste bins there are.

Waste prevention: There is still potential

The amount of waste is closely linked to material prosperity and our way of doing business. Our society is also referred to as a “consumer society”, often also critically as a “throwaway society”. Experts see a lot of potential in reducing the amount of waste. The goal is to use fewer resources while maintaining prosperity.

In international comparison, there is a lot of waste in Germany. In 2013, the Germans generated 617 kilograms of so-called municipal waste per capita. In the Czech Republic or Poland, the value was only around half. In Sweden, too, there was significantly less waste with around 450 kilograms per capita.

There are also approaches to the duration and type of use. For example, electrical and electronic devices are used significantly less than a few years ago, even if they are still fully functional. This has been shown by an investigation by the Federal Environment Agency. The investigation also showed that a conspicuous number of devices are being replaced due to a defect, even if they have not been in use for a long time. To change this, both manufacturers and consumers are in demand: on the one hand, manufacturers can design longer-lasting and repair-friendly products, on the other hand, consumers can take these aspects more into account when buying.

The principle of “using instead of owning” can also help to save resources in some areas. One example is car sharing: on average, private cars are only moved for a short time a day. Sharing vehicles could help limit the enormous use of resources in their manufacture.

What can consumers do?

Consumption habits play a major role in the generation of waste. Some simple tips for shopping help to reduce your own contribution to the “throwaway society”. Above all, this includes avoiding packaging waste as far as possible:

The possibilities are numerous – suggestions are provided by numerous advisors, such as the brochure of the Federal Environment Agency on the subject of “household waste” . Numerous private initiatives also show that many people attach great importance to avoiding unnecessary waste for reasons of environmental protection. For example, the blog “I take it without” documents the efforts of the operators to do without packaging when shopping. For example, a supermarket has been created in Berlin that dispenses with disposable packaging.