Diesel engines are both industry and performance workhorses. However, in order to properly enjoy them, you must first comprehend how they function.

Diesel engines are the most common industrial powerplants. Diesel power is generally used in heavy-duty applications that demand great torque, durability, and fuel efficiency. Diesel engines are used extensively in the trucking, maritime, and rail shipping sectors, as opposed to gasoline-fueled engines. Many power facilities use huge diesel engines to generate energy. Of course, diesel power is used in practically all heavy-duty construction, farming, and mining equipment. Diesel power essentially operates the world’s business. Despite their similar appearances, diesel and gasoline engines have significant distinctions that determine which type of engine is best suited for any given application, including trucks and automobiles.

Internal combustion (IC) engines include both diesel and gasoline engines. To generate power, fuel and air are mixed and burnt inside the engine. A diesel engine, like a gasoline engine, uses cylinders, a crankshaft, connecting rods, and pistons to convert fuel energy into rotational motion. The main distinction is in how the fuel/air combination is ignited. Spark ignition engines run on gasoline, whereas compression ignition engines run on diesel.

Except for the combustion cycle, which is spark ignited in the gasoline engine and compression begun in the diesel, these cycles are nearly identical in both engine types. The distinction is crucial to the diesel’s supremacy in applications demanding great efficiency, strong torque, and good fuel economy.

A gasoline-fueled IC engine uses an induction system to take in premixed fuel and air, compresses it with a piston in each cylinder, and ignites the mixture with a spark plug. During the intake stroke, fuel is supplied to form the proper air/fuel combination, which is then ready for combustion. The combustion cycle that follows expands the burning mixture and increases cylinder pressure, pushing the piston down and producing torque.

Air and fuel are not pre-mixed in a diesel engine. The piston compresses the air in the cylinders to a significantly greater pressure than in a gasoline engine; up to 25:1 in some situations. The air is superheated to 400° or higher by mechanical or adiabatic compression. Fuel is fed into the heated compressed air at this stage, causing it to ignite quickly. As cylinder pressure rises, more torque is created to propel the car forward.

Diesel engines are more efficient for a variety of reasons. One solid argument is that increased cylinder pressure at the moment of fuel injection results in a much denser mixture with more punch; mixture density is crucial to power generation. Because diesel fuel has a higher energy density, increased compression causes the fuel to burn more fully, releasing more energy. A diesel engine’s unique capacity to inject fuel for a longer section of the power stroke also contributes to a greater average cylinder pressure than a gasoline engine. Diesel fuel also contains a lubricity component that aids in reducing cylinder friction. 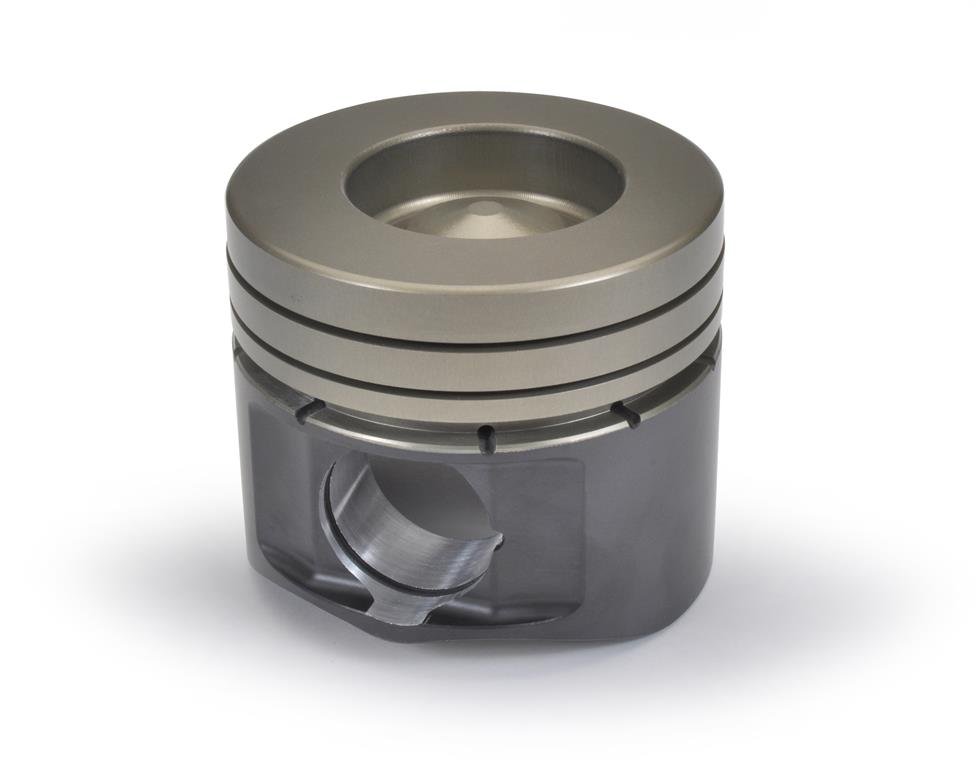 In a diesel piston crown, the combustion bowl is a shallow chamber with a center cone to help mixture dispersion from high-pressure fuel pumped immediately above it. “The marriage between the injection spray angle and dish design is important in performance applications,” says JJ Zimmerman of Diamond Pistons. “We spend the majority of our engineering efforts in that area because that is where races are won or lost.”

While the commencement of combustion differs from that of a standard gasoline engine, the combustion chamber architecture alters significantly to improve fuel atomization. The combustion chamber is located in the cylinder head in most gasoline engines, whereas it is centered inside the piston crown in diesel engines. The middle of a diesel piston’s crown features a sculpted depression or bowl where combustion takes place. A cone-shaped protrusion rests right beneath the fuel injector in the bowl’s center.

Within the high-pressure combustion region, the cone and captured piston chamber underneath the cylinder head encourage highly optimal fuel atomization. This cone-in-crown chamber form is known as the “Mexican Hat” (sombrero) design and is found in practically all diesel pistons. Most of the force generated by the expansion cycle (combustion) is directed directly down the connecting rod to the crankshaft throw by the high efficiency chamber in the middle of the piston. 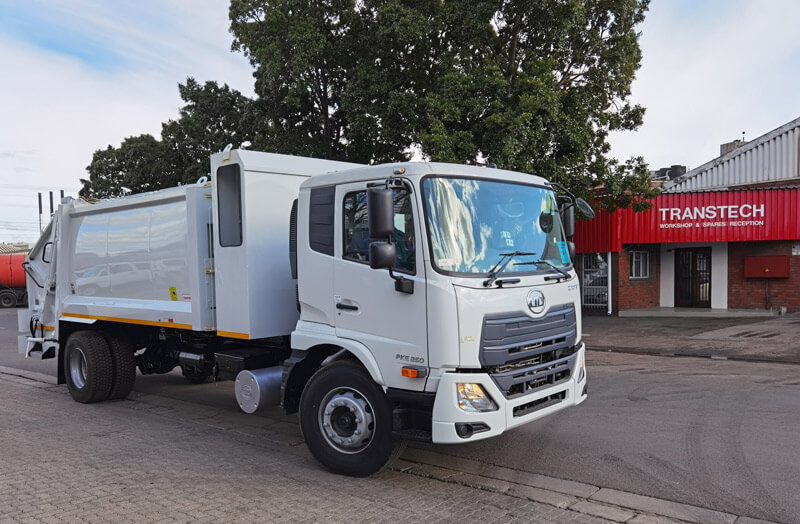 Another distinction is that a diesel engine’s throttle is controlled by the fuel delivery system, whereas a gasoline engine’s throttle is controlled by the air delivery system. A diesel engine produces no vacuum since the air flow is not throttled. Direct injection of fuel into the cylinder, directed right at the top of the piston, is used. This improves the quality of the fuel mixture and, as a result, the combustion efficiency.

Direct injection simplifies and improves the combustion process. Diesel engines have far lower air-fuel ratios than gasoline engines, generally between 25:1 and 40:1, compared to 12:1 to 15:1 for gasoline engines. Fuel is injected at pressures reaching (or surpassing) 30,000 psi in modern direct injection diesel engines. This ensures the best atomization possible, resulting in a burn that is both efficient and minimal in waste heat. And it’s because of the lean mixes that diesels are so fuel efficient. 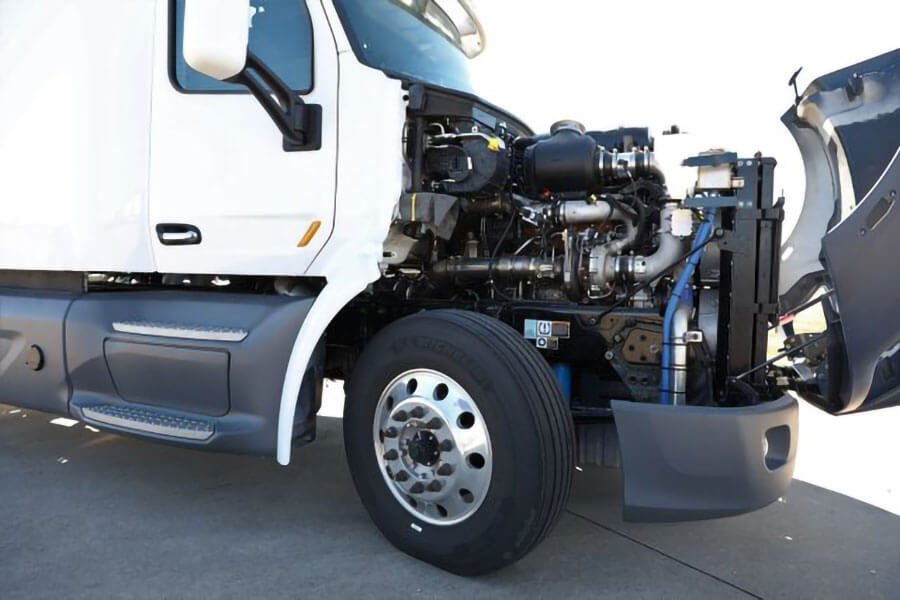 Injector vs. spark timing is another significant distinction between diesel and gasoline engines. The point at which the spark plug initiates combustion in a gasoline engine is referred to as spark timing. Timing relates to the commencement of the fuel injection event in a diesel engine, which is timed to take advantage of the maximum mixture compression point. 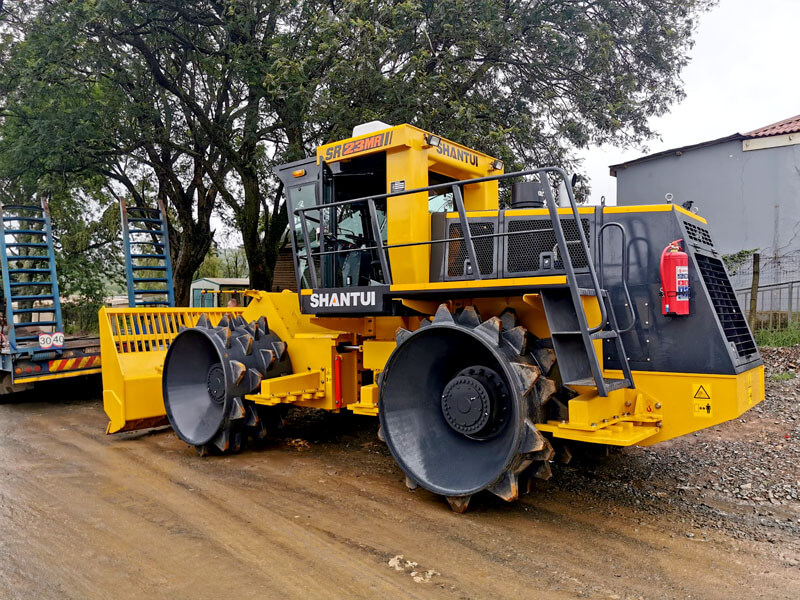 The greater cylinder pressures and tremendous torque produced by diesel engines necessitate significantly sturdier components. In current turbocharged applications, cylinder pressures are creeping up to 3,600 psi, with performance applications reaching over 8,000 psi. On a 4-inch bore, that translates to 45,000 pounds of force driving the piston down. As a result, the engine block, crankshaft, connecting rods, pistons, cylinder heads, and valves are far more durable than those found in a gasoline engine. A vast majority of diesel engines are turbocharged since they are built for high pressure operation.

Turbochargers are good for diesel engines because they efficiently boost an engine that is already intended to function at high cylinder pressures by repurposing otherwise wasted exhaust gases. Turbocharging improves the thermal efficiency of a diesel engine by significantly increasing the amount of air entering the engine, allowing for the injection of additional fuel. The fuel generates the power, but air is required to release it.

Diesel engines typically have a torque-to-horsepower ratio of roughly 2:1, although many industrial engines have ratios of 3:1 or 4:1, as compared to the conventional 1:1 ratio created by a gasoline engine. Diesel engines produce high cylinder pressure as a result of efficient combustion, which is then applied to a lengthy crankshaft stroke, which provides leverage. Because turbocharging minimizes pumping losses during the intake stroke and drastically boosts cylinder pressure during the power stroke, it introduces a whole new component to the torque equation. Boost pressure is a favorite of diesels. Diesel engines sometimes run at two, three, or even four times the boost pressure used in gasoline engines.

More cylinder pressure is generated by prolonging the injection event and commencing it sooner, among other typical tuning procedures. It is increasingly usual to have many injection occurrences (pilot injection) every power cycle. As a result, combustion is started and promoted by additional injections throughout each cycle. Greater cylinder pressures are generated by combining improved boost levels with higher combustion efficiency.

Because of loads and temperature changes, the combustion process of a diesel engine resists smoothness and uniformity by nature. One of the most important goals of tightening injection process control is to eliminate combustion fluctuations from cycle to cycle. Modern sensors and engine management assist to smooth things out, and today’s diesels are more powerful and quieter than ever before. Management systems and higher-pressure common rail injection may now inject up to three times each combustion event, varying each injection with more or less fuel and higher or lower pressure as needed for optimal combustion. 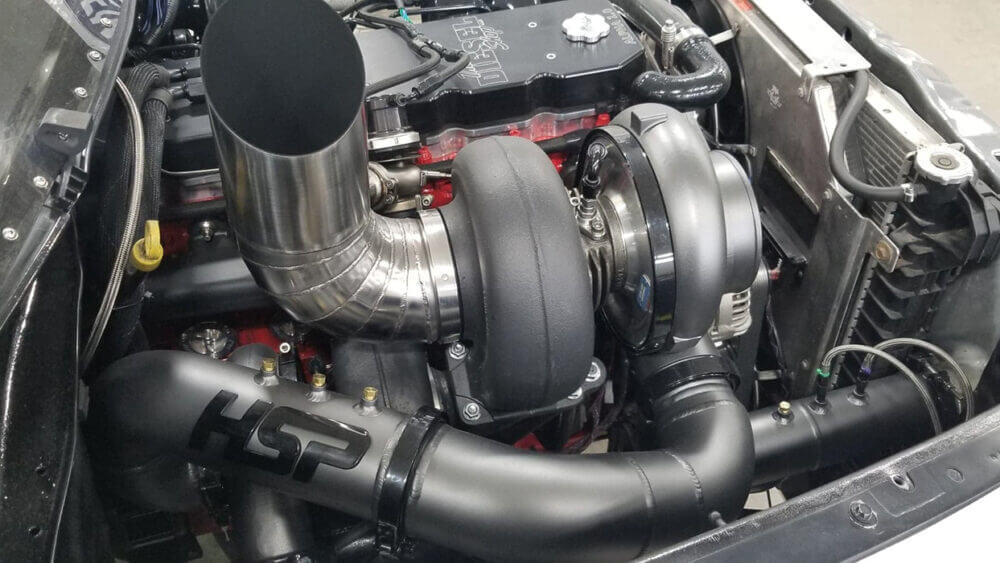 For well over a decade, the diesel industry has been expanding. OEM manufacturers and hobbyists are both pushing technology forward at breakneck speed. Diamond is reacting rapidly to the growing market demand to ensure that they can offer pistons that fulfill all of their customers’ performance requirements.