Is paper recycling helpful for the environment? It is debatable. 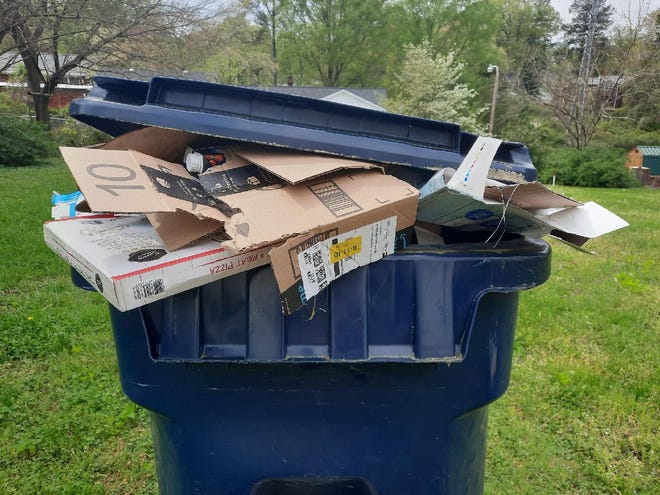 The paper industry contributes about 1% of total emissions, but it needs assistance to reduce this.
Paper recycling is arguably the most familiar technique to “go green” or “be eco-friendly” for many people. (Or, perhaps, its elderly office cousin: “Think about a tree before printing this email.”) One method for assessing the environmental advantages of such initiatives is to look at greenhouse gas emissions. So, how does paper recycling fare in this department?

Because of the manner paper products are created, this is a more interesting subject than it seems. The process of making paper is usually fueled by “black liquor,” an organic sludge byproduct with certain beneficial characteristics. Because the carbon you emit into the air began in the air, burning it for heat and power to run the mill is roughly carbon neutral (before a temporary stint as tree stuff). As a result, if your recycling process produces CO2 as it creates new paper, recycling may actually increase emissions. 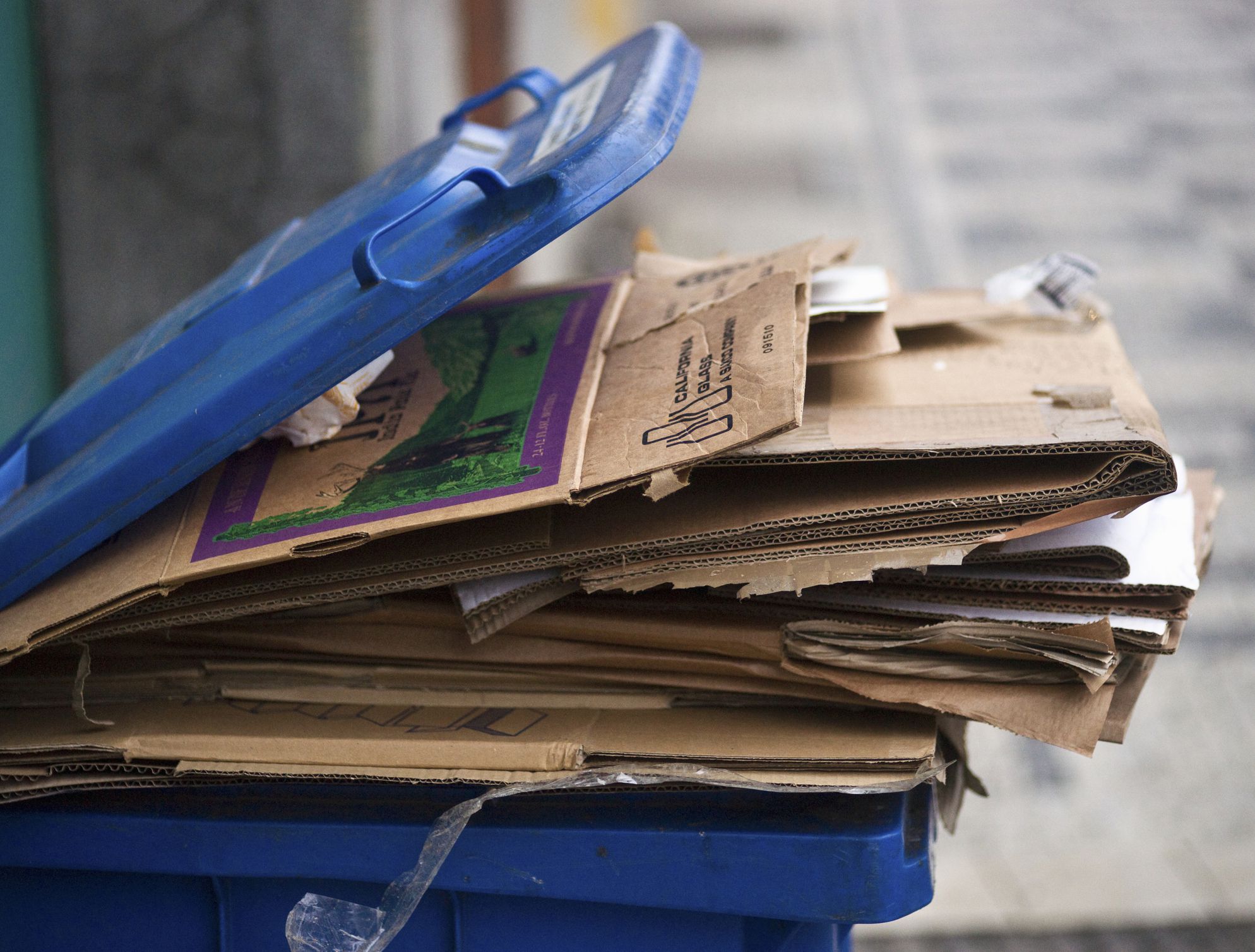 A new study lead by Yale University’s Stijn van Ewijk attempts to do the math on this, using realistic scenarios over the next few decades. They analyze whether increasing paper recycling makes it easier or harder to meet emissions limits that keep global warming below 2 degrees Celsius.

The researchers begin by forecasting rising worldwide paper demand, which will be fueled in part by less-developed countries’ increased usage of packaging. They then use this information to create three scenarios for each stage of the paper life cycle. The first scenario maintains existing trends in energy mix and landfill management, while the second and third scenarios indicate more aggressive attempts to clean up electric grids and cut emissions. The percentage of paper recycled is expected to double by 2050, according to these future forecasts.

Let’s begin with the year 2012
They calculated worldwide emissions related with paper for 2012 as a baseline. This includes emissions from energy used to extract wood, produce paper, manufacture paper products, recycle paper, and dispose of paper in landfills or incineration plants (all of which create greenhouse gases). In 2012, the paper life cycle accounted for around 1.2 percent of total global emissions, according to the study.

There are a few simplifying assumptions at work here. One is that instead of trying to divide up paper manufacturing locally, the researchers just use worldwide averages for things like emissions from the electric grid. This is partly due to their desire to provide a broad response to the consequences of recycling. The other assumption is that the paper business has no effect on the amount of carbon in forests, whether it recycles or not. That may seem unusual, but the concept is that it is more dependent on how forestry is carried out. It is possible to harvest trees for paper sustainably or irreversibly And, depending on other factors of deforestation, reducing virgin material demand for paper may or may not result in more carbon remaining in forests. All of those concerns have been pushed aside.

Here’s the state of recycling in 2012 compared to the rate envisioned in the future scenario. Source: van Ewijk et al./Nature Sustainability

The Plan
The findings demonstrate that doubling the rate of recycling while increasing overall production in 2050 will result in somewhat more emissions than the 2012 baseline, even with a moderately cleaner energy system. Significant carbon reductions might be attainable with more aggressive improvements across the board.
public service announcement. 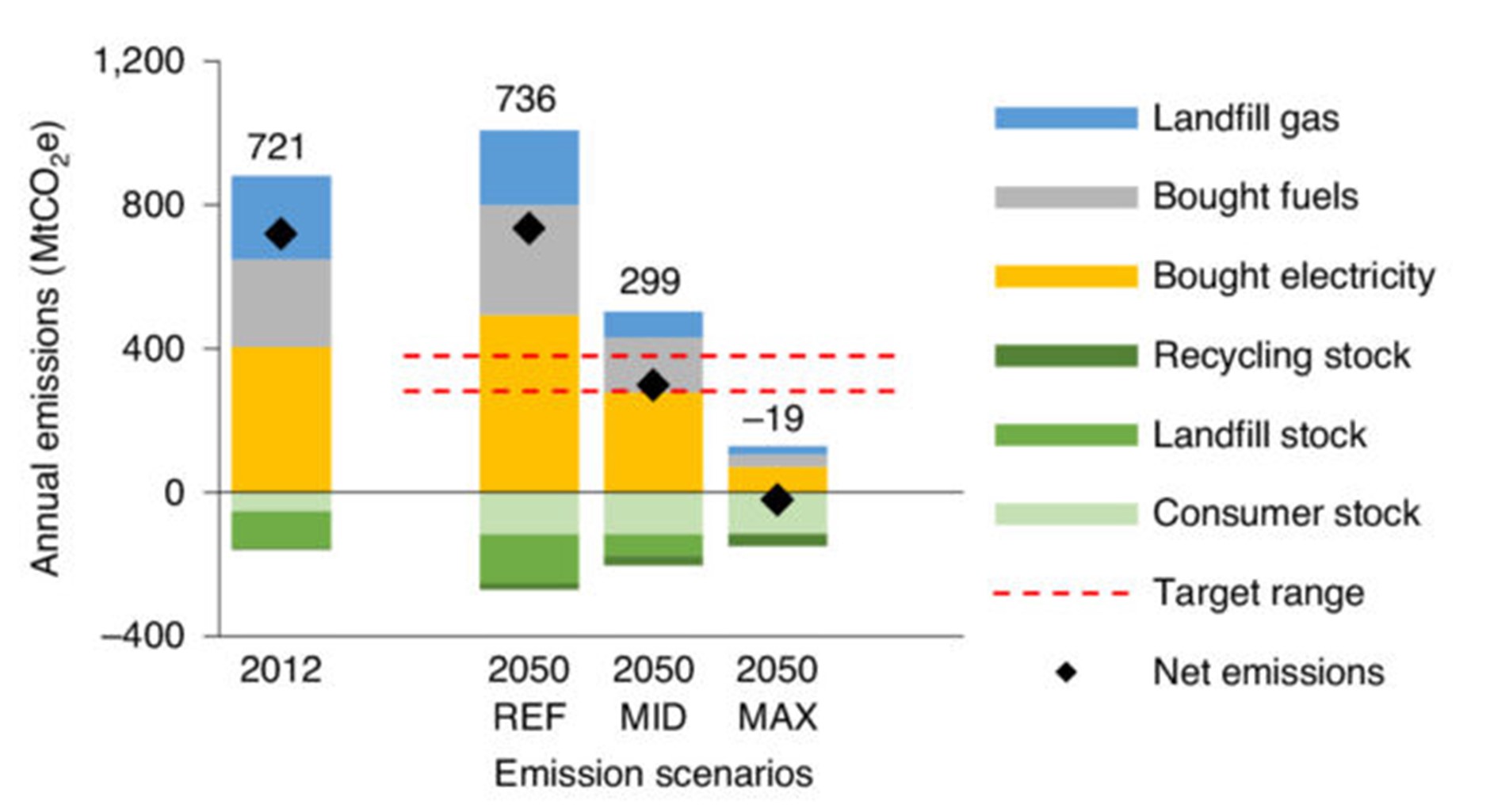 Calculated emissions for the paper industry in 2012 and the three 2050 scenarios, which contain different amounts of improvements in things like our energy mix. Source: van Ewijk et al./Nature Sustainability

The results can be broken down into different components to see what’s going on. If nothing else changed since 2012, maximizing paper recycling would raise the paper industry’s emissions. However, reducing emissions from fuels consumed for heat (and/or cleaning up the grid) has a significant impact on the industry’s carbon footprint. Reduced emissions from paper that does wind up in landfills (by catching methane and burning it to produce electricity) would have a huge impact as well.

If you’re just concerned with lowering greenhouse gas emissions, paper recycling isn’t the way to go. Rather, you concentrate on the issues around paper recycling (and many other things). However, if those goals are met, greater paper recycling is completely compatible with global emissions targets. The researchers estimate that emissions from the paper industry might be slightly less than zero in the scenario with the most dramatic improvements. That is, the expanding number of paper products in use represents a bit more carbon than was released in their manufacture.

Of course, there are advantages to paper recycling that go beyond reducing greenhouse gas emissions. It should, in theory, aid in the reduction of deforestation and habitat loss, as well as improve the bottom line for emissions. There are no silver bullets for sustainability, but this study indicates that paper recycling can at least be part of the solution.